BlueCat’s strong growth aligns with company-led survey findings, which suggest that adoption of cloud computing at the enterprise level has begun to profoundly disrupt how networks operate. Of the 209 network professionals surveyed, 61% indicated they expect cloud initiatives to impact their Domain Name System (DNS) infrastructure in the coming year.

“We are seeing an increased appetite among network leaders for removing infrastructure barriers to cloud adoption,” says BlueCat CEO Michael Harris. “Disparate DNS is high on that list of challenges to overcome. Technology leaders are recognizing that they need to invest now in critical infrastructure, especially at the edge of the network, to enable business innovation.”

To help organizations increase their network agility and visibility, BlueCat has delivered a number of product capabilities in the past year. Customers can now:

In addition, BlueCat celebrated the following milestones in the most recent fiscal year:

BlueCat’s initial survey findings are part of a larger research initiative in partnership with International Data Group (IDG), which will be published later this year. 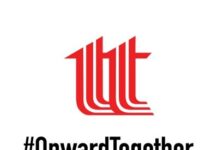