REGINA, Feb. 15, 2018 /CNW/ – The Government of Canada and the Province of Saskatchewan, through Oxford House Society of Regina, are providing supportive housing for 10 individuals recovering from alcohol and/or drug addiction.

Today, the Honourable Ralph Goodale, Minister of Public Safety and Emergency Preparedness, on behalf of Jean-Yves Duclos, Minister of Families, Children and Social Development and Minister Responsible for Canada Mortgage and Housing Corporation (CMHC), along with Greg Lawrence, Legislative Secretary and Member of the Legislative Assembly for Moose Jaw Wakamow, on behalf of the Honourable Paul Merriman, Minister of Social Services and Minister Responsible for Saskatchewan Housing Corporation (SHC), and Blair Pope, Executive Director of Oxford House Society of Regina, announced the opening of two Oxford House Society homes in Regina.

Oxford House provides social and addictions supports for members. Each bedroom in the house is provided to an individual recovering from an addiction, who signs an agreement and works toward independence.

“Our Government is proud to support a project that will provide safe and affordable transitional housing for individuals recovering from drug and alcohol addiction in Regina. This type of supportive housing not only sets the foundation for their success, it helps make a stronger community. It is with great pride that our Government contributed to making the Oxford House rental development a reality, and we would like to thank the province of Saskatchewan, along with the Oxford House Society for its collaboration in the realization of this project. It’s part of the new National Housing Strategy, which will cut chronic homelessness in half over a decade.” — The Honourable Ralph Goodale, Minister of Public Safety and Emergency Preparedness

“We are pleased to support Oxford House Society of Regina as they work to improve the lives of individuals recovering from addictions and help them along the path to success. This project will provide residents with the supports and resources they require, in a safe and comfortable environment. Our Government believes in standing up for the people of Saskatchewan, and a safe, place to call home is a key component of that commitment.”  — Greg Lawrence, Legislative Secretary and Member of the Legislative Assembly for Moose Jaw Wakamow

“Oxford House Society of Regina fills the gap in support necessary for individuals to transition from treatment to independent long term recovery. This project is an excellent example of government, foundations, private enterprise and non-profits working collaboratively. We are grateful for this support.” – Blair Pope, Executive Director, Oxford House Society of Regina

As Canada’s authority on housing, CMHC contributes to the stability of the housing market and financial system, provides support for Canadians in housing need, and offers unbiased housing research and advice to all levels of Canadian government, consumers and the housing industry.  For more information, please visit cmhc.ca or follow us on Twitter, Instagram, YouTube, LinkedIn and Facebook.

To find out more about the National Housing Strategy, visit www.placetocallhome.ca. 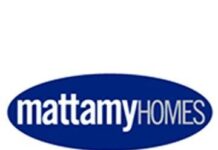