TORONTO, Aug. 9, 2018 /CNW/ – The Greater Toronto Airports Authority (“GTAA”) today reported its financial and operating results for the three- and six-month periods ended June 30, 2018.  Passenger activity increased substantially at 6.0 per cent during the first half of 2018 as compared to the same period of 2017.  This growth reflects increased aircraft load factor, flights on existing routes and larger aircraft, the economic strength of the Greater Toronto Region, and the role of Toronto Pearson International Airport as Canada’s largest airport and North America’s second busiest airport in terms of international passengers.

“As we move through the peak summer travel season, Toronto Pearson continues to see strong passenger traffic growth, with an increase of 6 per cent over the first half of 2017.  The growth of our roster of international routes and new carriers illustrates the ongoing demand for international travel in the region,” said Howard Eng, President and CEO of the GTAA. “The GTAA remains focused on driving service innovations and facilitating process improvements, including investments in the government agencies responsible for customs and security screening to improve the passenger flow and experience through Toronto Pearson.  In addition, we continue to make enhanced access to public transit a priority, including our vision to build a regional transit and passenger centre, and to work with Metrolinx to explore potential transit links to better move people and cargo to, from and around the airport and the Greater Toronto and Hamilton Area.”

The GTAA recorded net income of $37.2 million for the second quarter and $20.4 million for the first half of 2018, compared to $35.0 million and $42.7 million in the comparable 2017 periods, respectively.  Net income was negatively impacted in the first quarter of 2018 by the early retirement of debt charge of $28.7 million from the early redemption of Series 2009-1 Medium Term Notes.  As at June 30, 2018, the GTAA has reduced its gross debt per enplaned passenger and net debt per enplaned passenger by 5.4 per cent and 4.4 per cent to $260 and $242 when compared to the same period in 2017, respectively.

For the three- and six-month periods ended June 30, 2018, the GTAA reported total revenues of $359.1 million and $707.6 million, representing increases of $14.3 million and $38.7 million from the same periods in 2017, respectively.  The continued growth in revenues was a reflection of strong passenger growth and increases in commercial revenues from the opening of 29 new retail stores, restaurant, and beverage establishments over the prior 12 months as well as the rental revenues generated by the Airway Centre Inc.

Total expenses reported during the three- and six-month periods ended June 30, 2018 for the GTAA were $321.8 million and $687.2 million, representing increases of $12.0 million and $61.0 million from the same periods in 2017, respectively.  The Corporation has been increasing investments to support improved passenger and baggage flow in recent years.  During the first half of 2018 as compared to the same period of 2017, the GTAA incurred higher expenditures related to increased snow removal costs, the inclusion of the Airway Centre Inc.’s costs, and the continued investments in corporate-wide initiatives in support of the GTAA’s vision to be the best airport in the world.  Ground rent and payments-in-lieu of real property taxes expenses have increased $4.0 million.  The total increase of these mentioned items was $23.2 million in the first half of 2018 as compared to the same period in 2017.

During the first half of 2018, the GTAA incurred operating costs to enhance services and improve passenger flow through investments in government agencies of $17.7 million, an increase of $1.6 million or 9.9 per cent over the same period in 2017.  These included direct and indirect investments to the Canadian Air Transport Security Authority (“CATSA”), U.S. Customs and Border Protection (“USCBP”) and Canada Border Services Agency (“CBSA”). 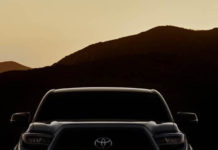 A Fireplace for Every Room