TORONTO, May 14, 2020 /CNW/ – As Canada prepares to honour one of the world’s most iconic queens on Victoria Day, Crave announces the cast of its majestic inaugural season of CANADA’S DRAG RACE. Season 1 of the Crave Original Series promises to have viewers clutching their royal pearls as 12 of the fiercest queens in the land showcase their Canadian Charisma, Uniqueness, Nerve, and Talent to compete to become Canada’s First Drag Superstar, and win the $100,000 grand prize.

Get the tea on Season 1 and watch the official promo HERE.

With Snatch Game, Rumail, the reading challenge, puppets, makeovers, and gag-worthy untucked sessions, CANADA’S DRAG RACE serves up fan-favourites from RUPAUL’S DRAG RACE, but with a dash of maple-flavoured Canadian realness. Each episode tests the queens’ talents, and challenges them to master singing, dancing, acting, impersonation, costume making, and improvisation. One competitor sashays away at the end of each episode, until the last queen standing is announced the inaugural winner. Throughout this journey, the queens share their personal struggles and successes, highlighting their individuality.

As previously announced, presiding over each of the 10 episodes is a panel of expert judges – Brooke Lynn Hytes, Jeffrey Bowyer-Chapman, and Stacey McKenzie – while ETALK Senior Correspondent Traci Melchor is Canada’s very first Squirrel Friend, making appearances throughout the season and adding her trademark fabulousness to the werkroom, challenges, and the main stage. Weekly celebrity guest hosts also join the panel, and will be announced in the coming weeks. 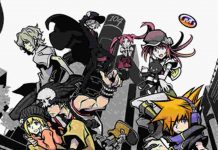 The Society For The Promotion Of Japanese Animation: First Ever Anime Expo Lite

Skip has seen an 89% increase in restaurants joining the network

Argyle named Canadian Agency of the Year for 2020 in global...

OUTFRONT STUDIOS Dominates At The Out Of Home Advertising Association’s OBIE...